You are here: Home » Posts » How to select the powder mixing equipment scientifically

How to select the powder mixing equipment scientifically

As the variety of powder products is increasing, the types of mixer which is one of the main production equipment, are becoming more and more diversified. It is good for powder manufacturers that different equipment can meet different production needs, and even some new mixing equipment and facilities can solve many problems that were previously difficult to solve with conventional equipment. Moreover, as far as the mechanical structure is concerned, mixing equipment is not a complicated kind of mechanical equipment. The economic strength of the equipment manufacturing enterprises does not fully represent their technical strength, but depends on whether the designers of the enterprises have sufficient understanding of the structural principles and performance characteristics of the equipment. In particular, it can be flexible to design suitable production equipment and its key structure according to different production requirements.

Reasonable selection of production equipment and its configuration can not only fully meet the production requirements, but also effectively reduce energy consumption, save time, and reduce equipment maintenance costs. Here is a brief analysis about mixing equipment selection as follows. 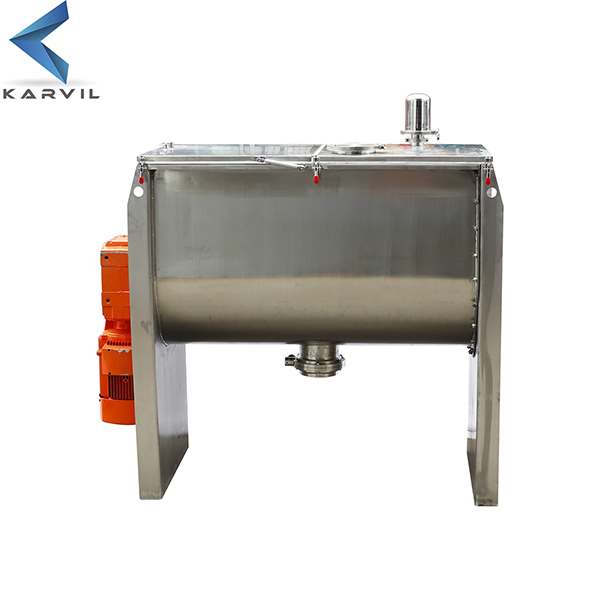 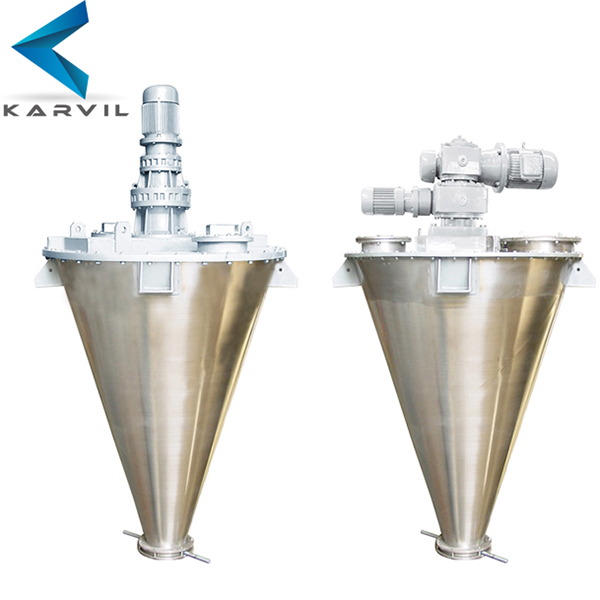 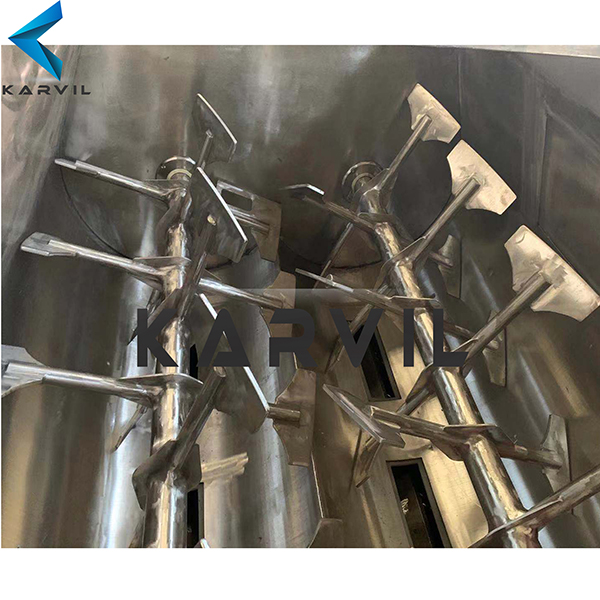 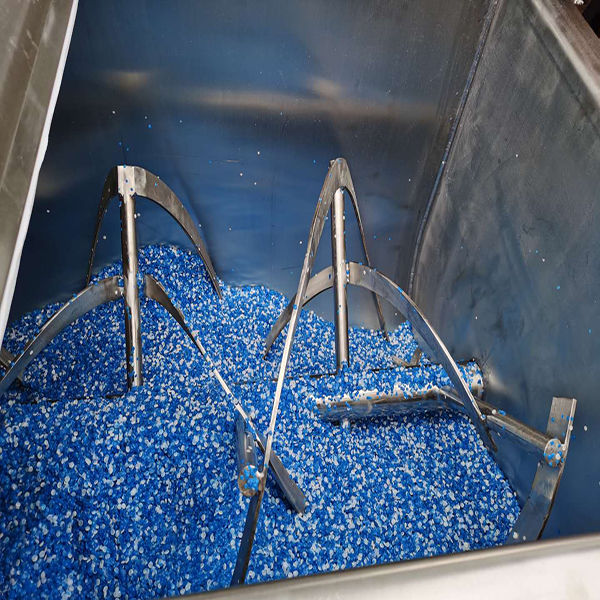 1. We should select mixing equipment according to precision requirement. The precision of mixing equipment is the basic factor to ensure the quality of powder products, which includes mixing uniformity, natural residue and sealing performance. Some industries generally have higher requirements in this respect, such as food, feed premix and some chemical additives. Taking feed premix as an example, its production equipment must meet the requirements of the national standard of mixing uniformity coefficient of variation CV ≤5% , natural residue ≤0.8% , no obvious leakage phenomenon, and some enterprises even have higher standards. The commonly used mixing equipment are the double-shaft blade mixer, the cone-type double-screw mixer, and the mixing equipment with vessels and rotors rotating simultaneously. Some special-shaped mixing equipment, such as high-speed grinding and air-flow stirring, can also meet these requirements under certain conditions. In addition, some mixing equipment generally can not achieve a certain requirement. However, it will often be effectively improved with the adoption of some special structures. For example, the variation coefficient CV of mixing uniformity is reduced from 8% to 5% or even less than 3% when the single-shaft high-efficiency mixer adopts the structure of solid rotor. For another example, most horizontal mixing equipment can greatly reduce the natural residue of materials after adopting 90 ° full constant large door opening and blowing self-cleaning system, and the leakage of the mixer can be basically eliminated by adopting the structure of inclined wedge discharge gate and the structure of gas seal at the shaft end.

2. We should select mixing equipment according to operating conditions. The contents of working conditions are quite extensive, including the physical and chemical properties of materials and their effects on equipment, whether materials have special treatment requirements in the mixing process and the installation space of equipment, etc. Moreover, since the degree of restriction varies from one condition to another, it is difficult to have a clear standard. Here, we can only make a brief analysis of the influence of working conditions on the selection of mixing equipment and its important structure in general conditions.

a) For materials with different specific gravity, strength and power, the mixing equipment’s structural forms such as discharge gate, rotor, airframe and even performance parameters such as rotational speed are often quite different. It can not be thought of simply as a local enhancement or power scaling. For example, double-headed and double-layered spiral bands are commonly used in screw-belt mixer for mixing hops, while single-layered, while staggered spiral bands are commonly used in mixed iron-red powder. There are obvious differences between the other structures of screw-belt mixer and hop-head mixer, and the rotation speed is also different.

b) For fine grained materials, special attention should be paid to the sealing of the production equipment, and the amount of residue should be carefully considered. For example, when mixing flour in a twin-shaft paddle mixer, it is better to use a 90 ° full-length open door, a blow-off system, an inclined wedge discharge door and a shaft-end gas seal to ensure better sealing and reduce residues. In addition, it is best to use the upper pocket exhaust to replace the return air pipe, so as not to mix too much fine flour from the return air pipe.

c) It is helpful with multi-directional consideration of the effect of other special properties on the selection of equipment. If the fluidity is poor or the liquid adds more materials, the plow knife, flying knife, crushing roller and other institutions with strong shear mixing effect can be reasonably selected according to the specific situation. Mechanisms that wear out quickly should be wear-resistant or designed to be adjustable and replaceable. For materials whose shape or particle state is not allowed to be destroyed, container rotary mixer is suitable. The equipment that needs to be cleaned frequently due to material bonding should be equipped with self-cleaning devices such as scrapers and convenient and fast cleaning doors. It mainly relies on convection mixing and diffusion mixing and mixing process more gentle equipment and so on.

d) For the materials that need heating or chemical reaction when mixed, we should pay attention to the influence of temperature change on the equipment itself as well as selecting proper material using temperature to control structure,. It is better to choose a small door as the discharge door. If the large door structure must be used, it is necessary to use the inclined cheese type discharging door and other automatic compensation ability of the discharging structure form, so as not to reduce the reliability of the sealing due to the thermal deformation of the discharging part. At the same time, necessary linear expansion compensation measures should be taken in the design of spindle and rotor.

e) Installation space is also a common consideration when selecting a mixing device. For example, horizontal mixer is generally suitable for large area and limited height, while vertical mixer is opposite. Continuous mixer is suitable for small space, compared with other mixing equipment of the same specification. V-type mixers take up much more space, but they also have the advantages of easy to move and easy to arrange. Of course, in addition to the installation size of the equipment itself, a reasonable site layout and installation method can also effectively improve the equipment installation space conditions.